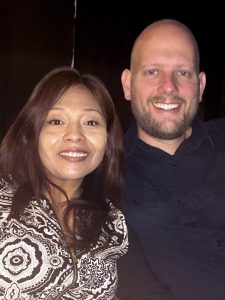 Greetings from Nashville! We hope that this letter finds you well. We’ve started it about 100 times, but it’s been incredibly hard to finish! It’s an exciting letter, but at the same time a hard one to put in writing. I apologize from the beginning for being longer than usual, but ask that you would PLEASE take the time to read it in its entirety… something that I know is hard for all of us to do in today’s fast paced, over-stimulated world. I promise that it’ll be worth your while!

It’s funny how God has worked with us over the years. When I (Jason) was first called to go to Bolivia, I thought that it would be for a year at the most, and then return to the USA to continue life as I had planned it out before. Wishful thinking! Little did I know that it would turn into a lifelong pursuit of following God’s leading, moving from city to city, country to country… planting churches and literally seeing God touch the lives of thousands through our ministry.

When we moved to Murfreesboro (South of Nashville) a few years ago, we truly hoped  and planned on it being our last move. HA! As we have learned time and time again, GOD has the last say over ALL of our plans!

As you can probably imagine with this introduction, God is leading us to move yet again!!! First to Sucre, then to Santa Cruz, then 6 months in Maryland, then to Tennessee. And now? Rome………… Georgia that is. Rome, GA! God has opened up some major doors for us and our ministry over the past months. The intent of this letter is to share the details of this exciting opportunity, as well as to get you on board and be a part of the amazing things that God is and will be doing! 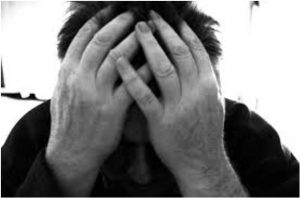 It all started in early January. Norah and I decided to enter into an extended time of intense prayer and fasting, searching God’s will for the church. We were somewhat frustrated and needed real direction. Public services began on Easter Sunday last year, and things were going well, although we hadn’t grown as we had hoped. Beginning around Thanksgiving and throughout the holidays things really seemed to slow down. The initial emotion and excitement of our launch was starting to wear off, people were traveling, and attendance had begun to wane. We were also running into several difficulties including the fact that our rental facility informed us that we wouldn’t be able to use the meeting room 6 times over the first 5 months of the year because of various activities that they would be holding. It’s almost impossible to gain inertia when you can’t meet, sometimes two weeks in a row! After much prayer and discussion, we felt that the best option would be to; stop, regroup, build up our team better, find a more consistent place to meet and re-launch when we were ready (Something that isn’t new for us. We’ve had to do similar things over the years with our other churches).

One morning, towards the end of our 10 day fast, I was trying to pray and frankly didn’t feel that I was making much headway. I decided to write out a letter to God, spelling out my frustrations and questions for Him. Afterwards, and I’m not sure how, while searching the web a book called “Church Planting 101” by “Douglas Crumbly” caught my attention. I’ve read dozens of books on the subject but I decided to download it. I ended up reading the entire book that day, and It was as if God was talking to me directly! By the end of the day EVERY SINGLE QUESTION that I had asked that morning had been answered!

I rarely leave reviews online but I felt that I needed to, so I went to Amazon and left a review praising the book. Still, I felt God prodding me to contact the author. That was TRULY strange, but I decided to obey. I looked him up on Facebook and wrote him a message thanking him.

Within a few hours he responded with his phone number telling me to call any time! I soon realized that his church was only a few hours south of us in Rome, GA, so I wrote back telling him that we may visit his church sometime so that our team could get an idea of what a successful church plant looks like. (Journey Church is a 2 1/2 year old church plant)

We ended up going to visit their church that weekend. Afterwards we went out to eat with Pastor Doug & his wife Debbie. We hit it off big time… what great people! We shared our stories, and we found that they also have an incredible burden for the Latino community here in the USA. Doug has traveled to Latin America close to 20 times. After sharing a few of our  successes in Bolivia and our struggles here in Tennessee, Doug stopped me and bluntly stated…

“Jason, what are you doing? Why are you trying to do something that God has NEVER called you to do!?” I was taken aback by his statement, but he then explained saying, “You have no idea how much I and others would give to have the gifts and experience that you have to reach the Latino community! We have tried, but they don’t trust us… You can. God has prepared you guys for THAT. That’s who you are! Still, there you are spinning your wheels trying to do what so many others here in the USA are already trying to do!”. After hours of talking, Doug half jokingly mentioned that they would LOVE for us to go and work with them to raise up a latino ministry there. We laughed it off and headed home.

To make a really long story somewhat shorter, over the next few weeks that half joking comment turned into a serious conversation with Doug and Debbie. It was obvious that God was doing something big… but was this what He wanted? After much prayer and consulting of friends, family, pastors, leaders and even those who form part of our team here… we all came to the same conclusion.

This was not a coincidence.

Our goal has always been to reach this nation with God’s love, grace & power in whatever way possible. Our time in Tennessee has been an incredibly important time of readjustment, learning and preparation, and He has eternally impacted the lives of many people (who, by the way, will continue forward with a wonderful ministry that we have connected with here in Murfreesboro). We believe with all of our hearts that God brought us here for that purpose, and we also believe that He is moving us to Rome for the next step in His plan. Through it all there are a multitude of reasons why we believe that God has orchestrated all of this, and looking back we can see His hand clearly in every step that we have taken!

What Will We Be Doing?

Our main goal @ Journey will be to raise up a Hispanic arm of the church under their roof. The church is perfectly situated in the most densely populated hispanic area of the county (There is a much higher % in Rome than in Nashville). Pastor Doug has many connections in the city, and we will use those  connections to reach out and let the Latino community know that we are there to serve them. We believe that within months of arriving, we will be able to form a team and launch public services. 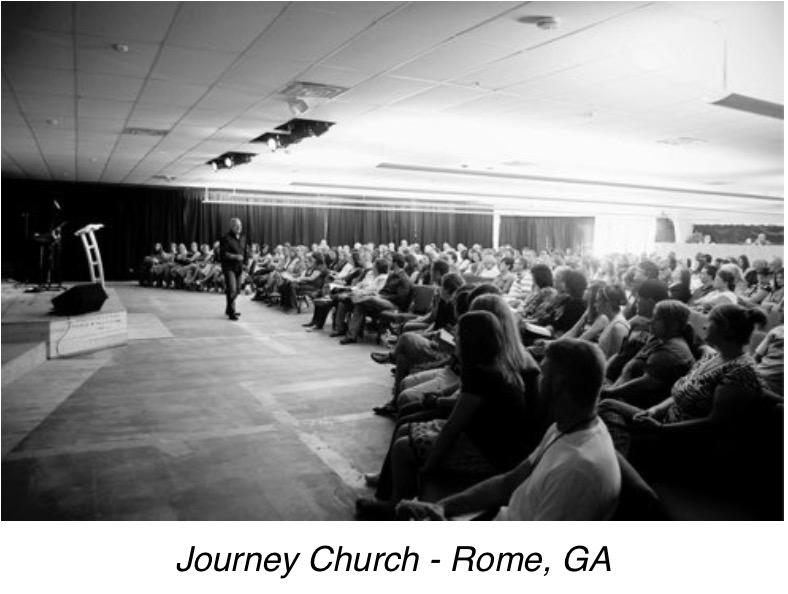 Journey is a young church, and on the English side of things there are a lot of areas that we hope to be able to help with including; small groups, discipleship, worship arts, technology, prayer, etc. Erynn will be very involved in the Spanish worship, and hopefully with the English team too!

In many ways, we are approaching this in the same way that we have over the past 18 years. We are going to Rome as missionaries! One of the big issues that we run into, as with anyone, are the finances. Doug & Debbie’s wish for us in this is that money would not be a worry, so that we can hit the ground running and be able to concentrate on what God has called us to do. (Amen to that one! It has been SO HARD over the past several years trying to plant this church AND work on the side to get by… almost impossible!) Still, Journey is a new church and they truly aren’t in a position to be able to take on a family the size of ours full-time. In searching for options, Pastor Doug mentioned something that he has seen work well for others. Between us and them, we would raise our first year’s salary completely before we ever start. After that year, the church would take over that salary. Perfect! 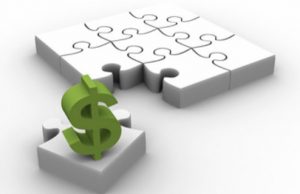 So here it is. Basically we need to raise all of our first year’s expenses including; moving, rent and security deposit, health insurance, travel, communication and of course our day to day living expenses. Our challenge is to raise a total of $70,000 through one time gifts and monthly support (Example: $100/month = $1200), and we’re praying that we could even surpass this goal in order to pay off the pickup truck that we bought to use with the church here (Luke 11:5-13)! It seems like a daunting task, but we are putting our faith behind this, and we know that God will provide! (It’s HIS plan, right?!) We hope to do this in April and May, and when school lets out we will move to Rome and begin this new “Journey”.

We cannot overstate how excited we are about all of this! It is our prayer that God would give you the peace and the excitement that we feel about it too. God has been brewing something huge, and we are blessed to be a part of it. 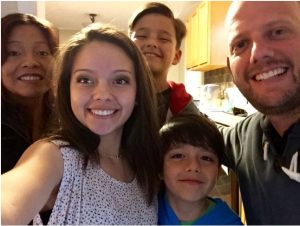 Our petition: Would you personally pray and ask God what YOU could do to be a part of this too? Touching this nation with God’s power takes a lot of prayer, work and finances. We’re putting all three of those things on the table! Even from afar, YOU can pray and support! Would you? Some may be able to give $50 or $100 a month, and I know that God has blessed some of you to where you could give $200 or even $500 per month, or more! Whatever it is, know that you will be an important part of bringing God’s salvation to the lives and eternities of hundreds, if not thousands of people! Thank you SO MUCH, and we pray that God would bless you GREATLY.

Read/Print/Download this Letter in PDF Form. 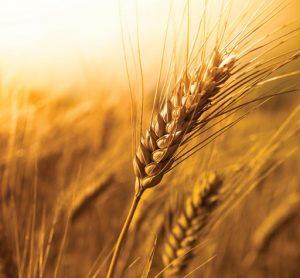 Join the Team... Give. We are taking on our largest project yet: we're planting a new church in Middle Tennessee! You can be a part today! Give safely and conveniently through our online giving platform.

Join the Team... Give Today